At Haus zur Liebe, Lee ‘Scratch’ Perry delivers his very own rendition of a Christmas exhibition with a dissentious take on the customary ‘Weihnachtsausstellung,’ the annual year-end conciliatory ritual of many European Kunsthallen and Kunstvereine.

Comprising new sculpture, collage-painting and free-word poetry rife with motifs that permeate Perry’s body of recorded work, the show chimes with Perry’s individual recasting of Christian cosmology arranged with the guidance of Obeah, the prevalent Caribbean folk magic said to derive from the Akan culture of West Africa, with a shamanic antipathy to perceived falsehoods of religious doctrine and those who misuse faith for nefarious ends.

One of the major forces in the development of reggae music and the related dub form, Perry is an iconic figure in the history of 20th century pop culture. While his myth-enshrouded musical legacy has led to his current expatriate life in rural Switzerland, nevertheless, Perry remains a complex and contradictory figure, not easy to unravel. Born in a remote Jamaican village in 1936, Perry’s formative years were defined by his mother’s practice of Ettu, a Yoruba tradition that centers on communication with ancestral spirits. In 1961 he moved to Kingston to pursue music after a divine voice directed him there.

Despite a lack of formal musical training, Perry has been active in every major change of musical style on the island, including nurturing Bob Marley’s career in the late 1960s and early 1970s, before the musician’s international stardom. In 1973, Perry opened the Black Ark recording studio at his home as a place of refuge for followers of Rastafari, the Afrocentric religion that venerates Emperor Haile Selassie of Ethiopia as a living incarnation of Christ. The related Black Art record label established by Perry referenced the "Black Arts of Obeah" that may have been employed in the music’s creation, especially the ‘unfinished’ futuristic dub music based on cut-and-mix sonic collages.

By 1977 at the peak of the Ark’s musical output, Perry started painting occult symbols on vinyl records planted in the studio grounds, plastering the studio walls with his handprints and ominous written proclamations. During the following years the site of the recording studio and its surroundings transformed into a synesthetic environment, developing a Byzantine shrine-like visuality, which corresponded with his virtuous production technique and musical motifs (mostly being made elsewhere since the space became dilapidated). Word, sound and image merged into one. As poetic afflatus became increasingly more important than audio recordings, Perry began painting all remaining surfaces with spiritual graffiti in his new guise as Pipecock Jackxon. Eschewing music production to concentrate on bricolage and art objects, Perry became a wandering nomad after setting fire to the Black Ark studio in 1983, re-surfacing in Switzerland in 1989, now his permanent home base.

Perry’s output has since taken the form of multi-layered clusters that continually shift and change. At his Swiss mountainside studio (dubbed the Blue Ark), the artist creates an ever-expanding network of paradisal animals, cartoon figures and saints using paint, mirrors, rocks, photographs, video and computer-transmitted word-association poems. The once sonically collaged echo space is now fully realized as a glue encrusted picture-pantheon of layers upon layers – dub in manifest form, echoing ad infinitum in a ceaseless quest to venerate the Almighty. 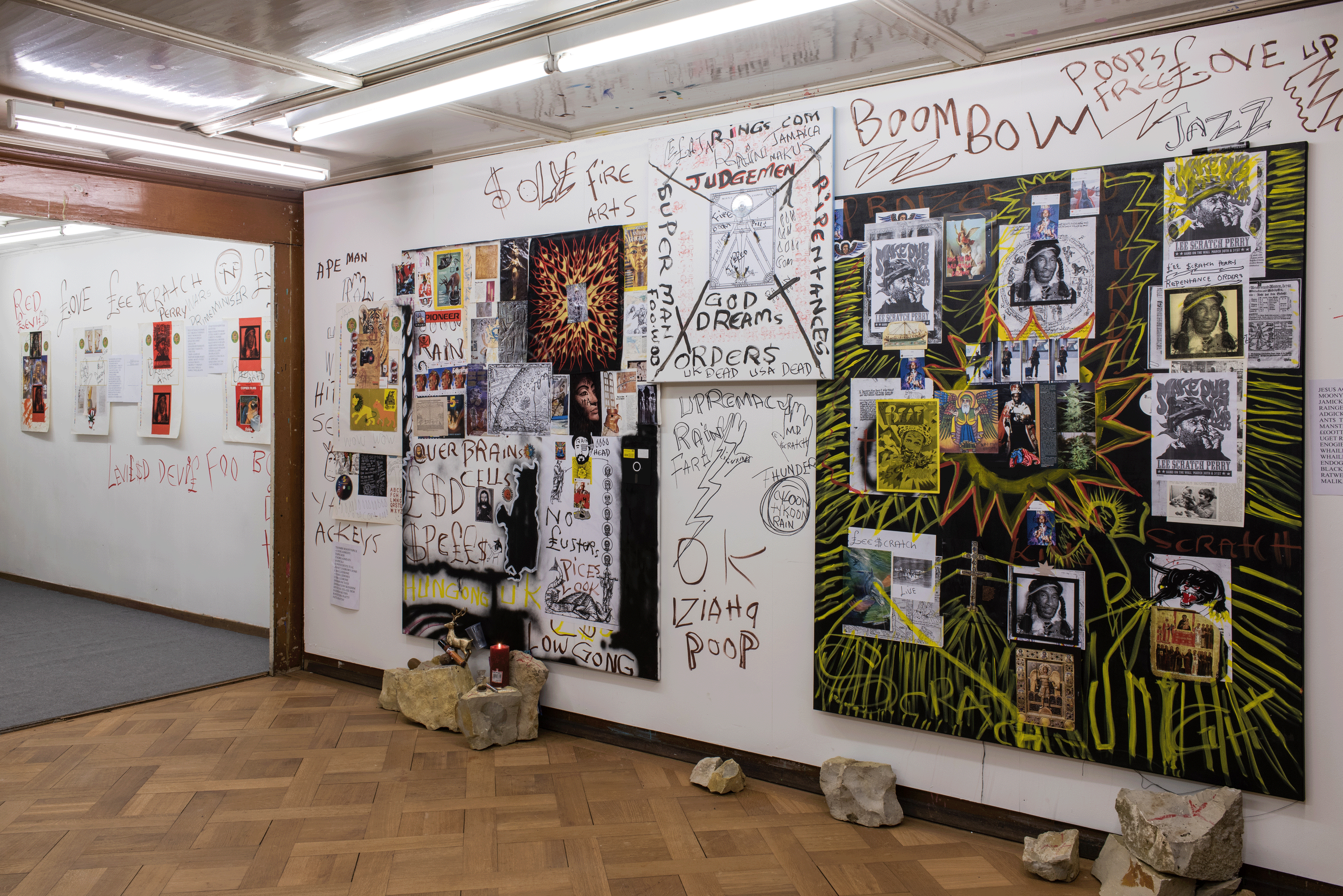 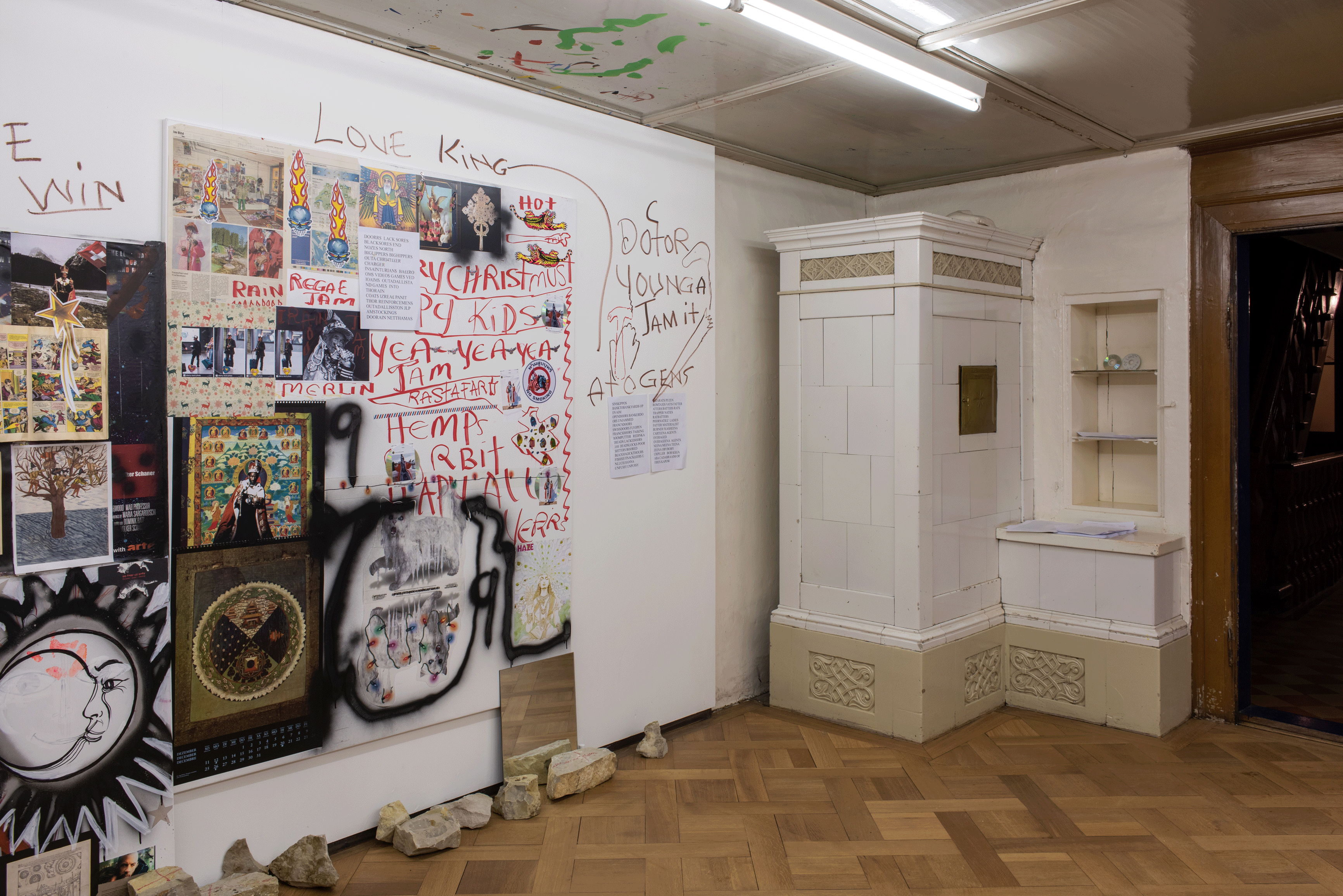 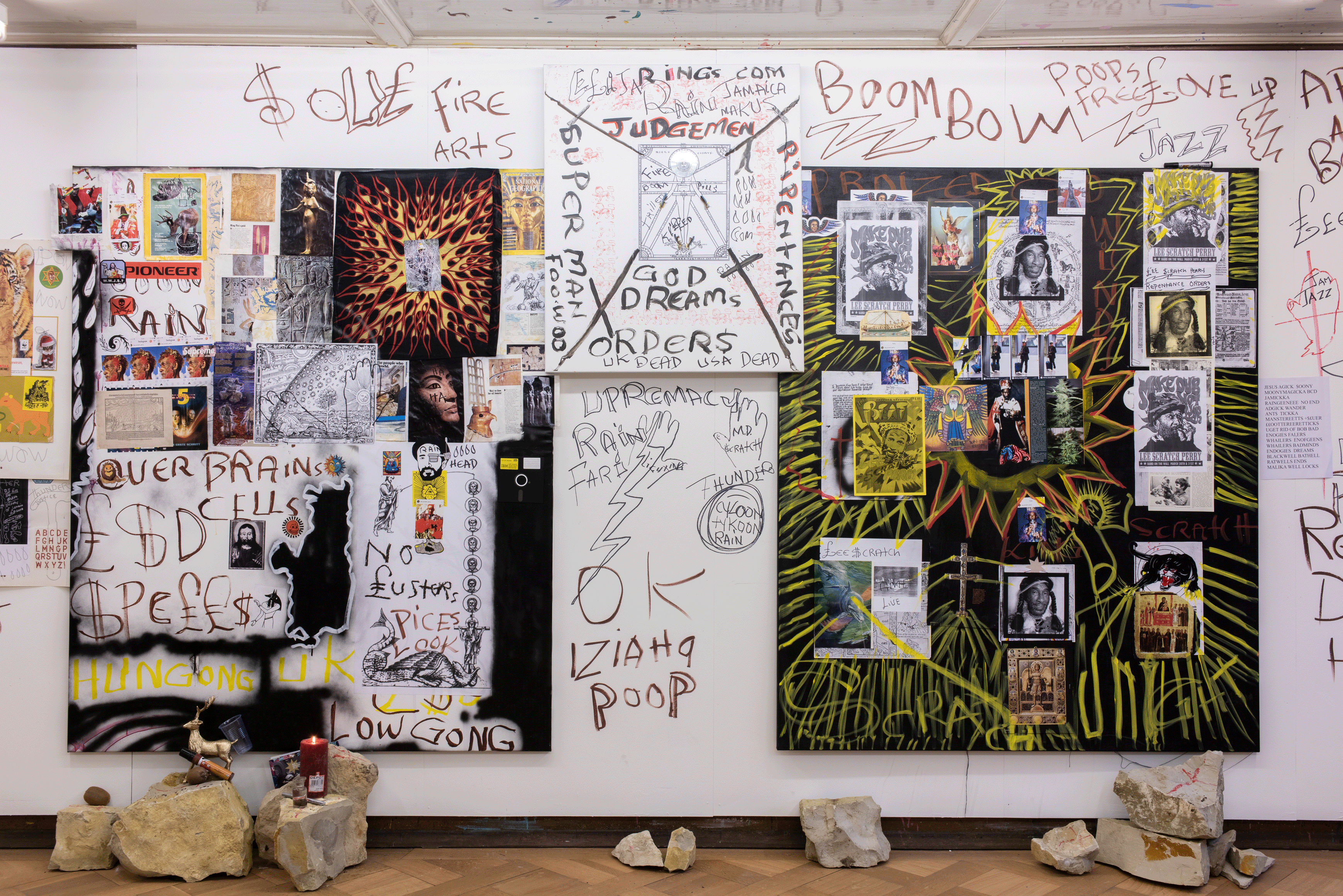 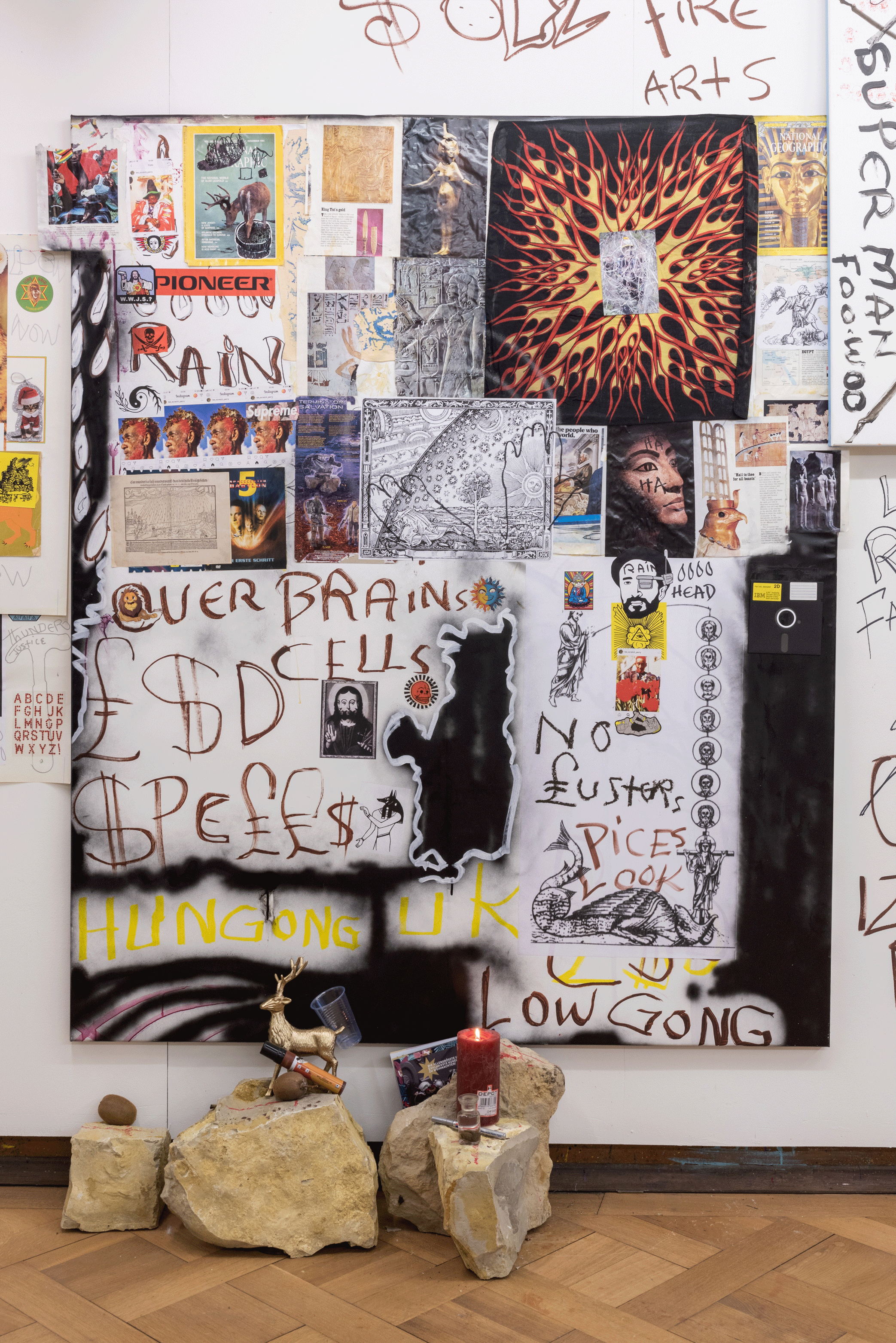 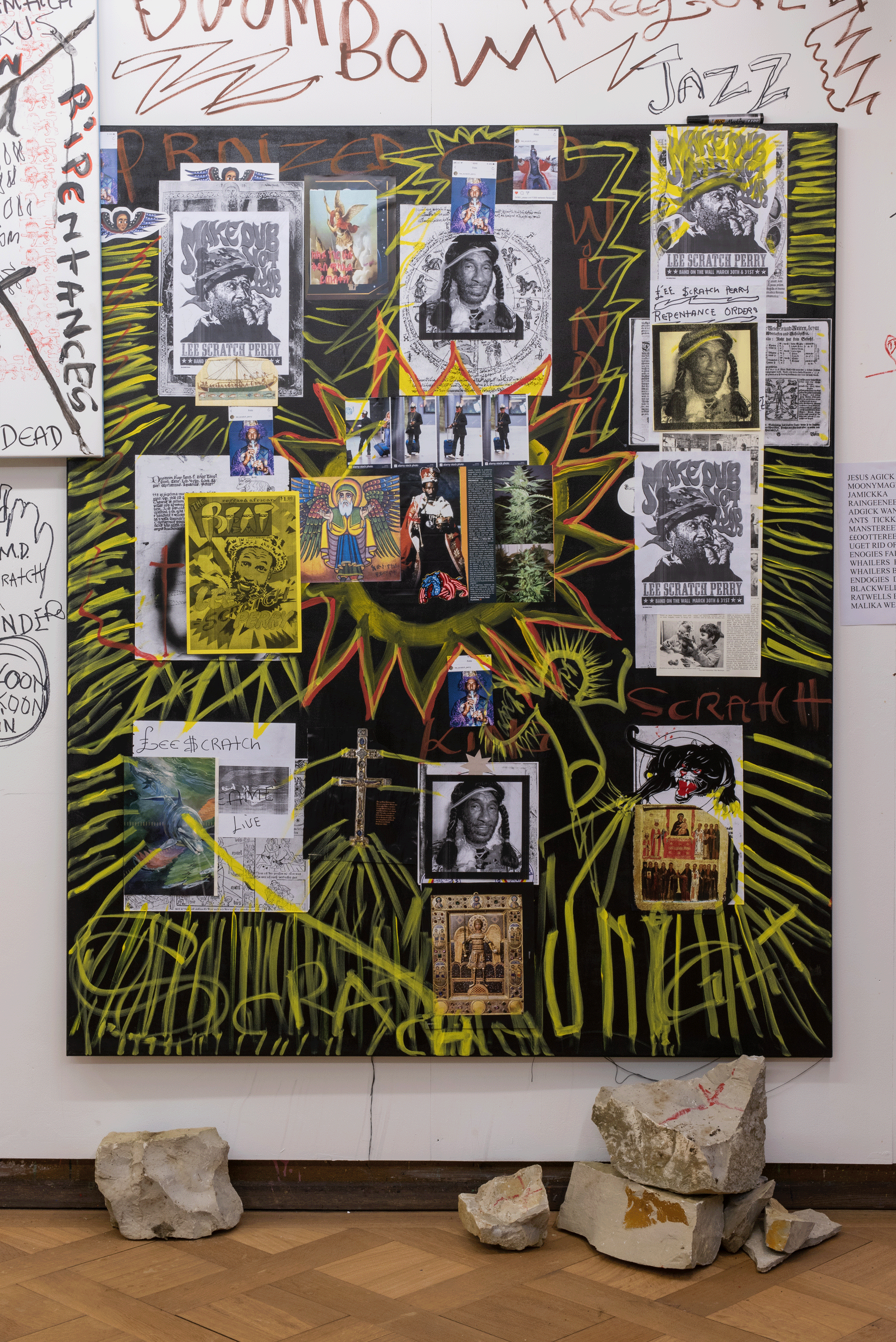 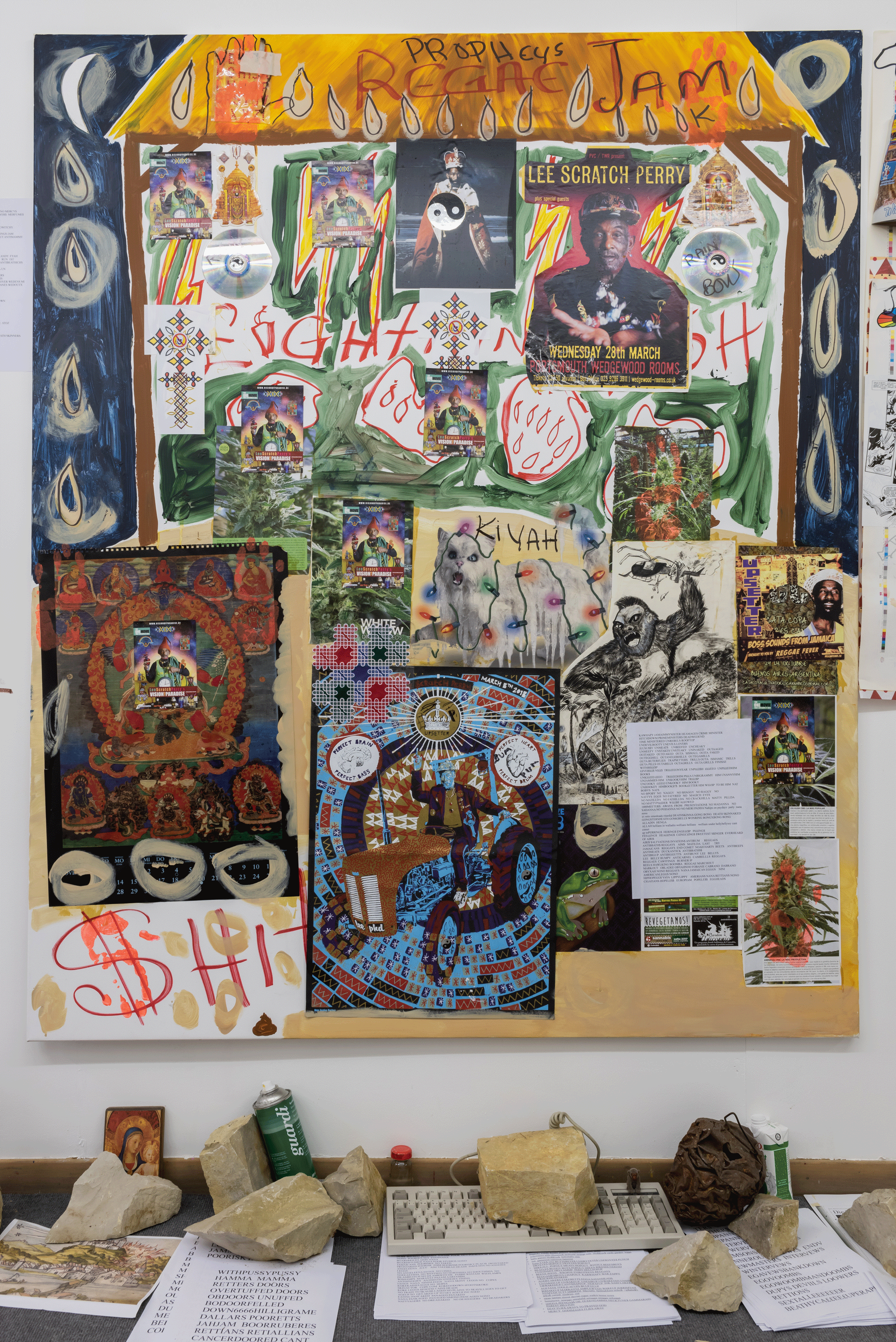 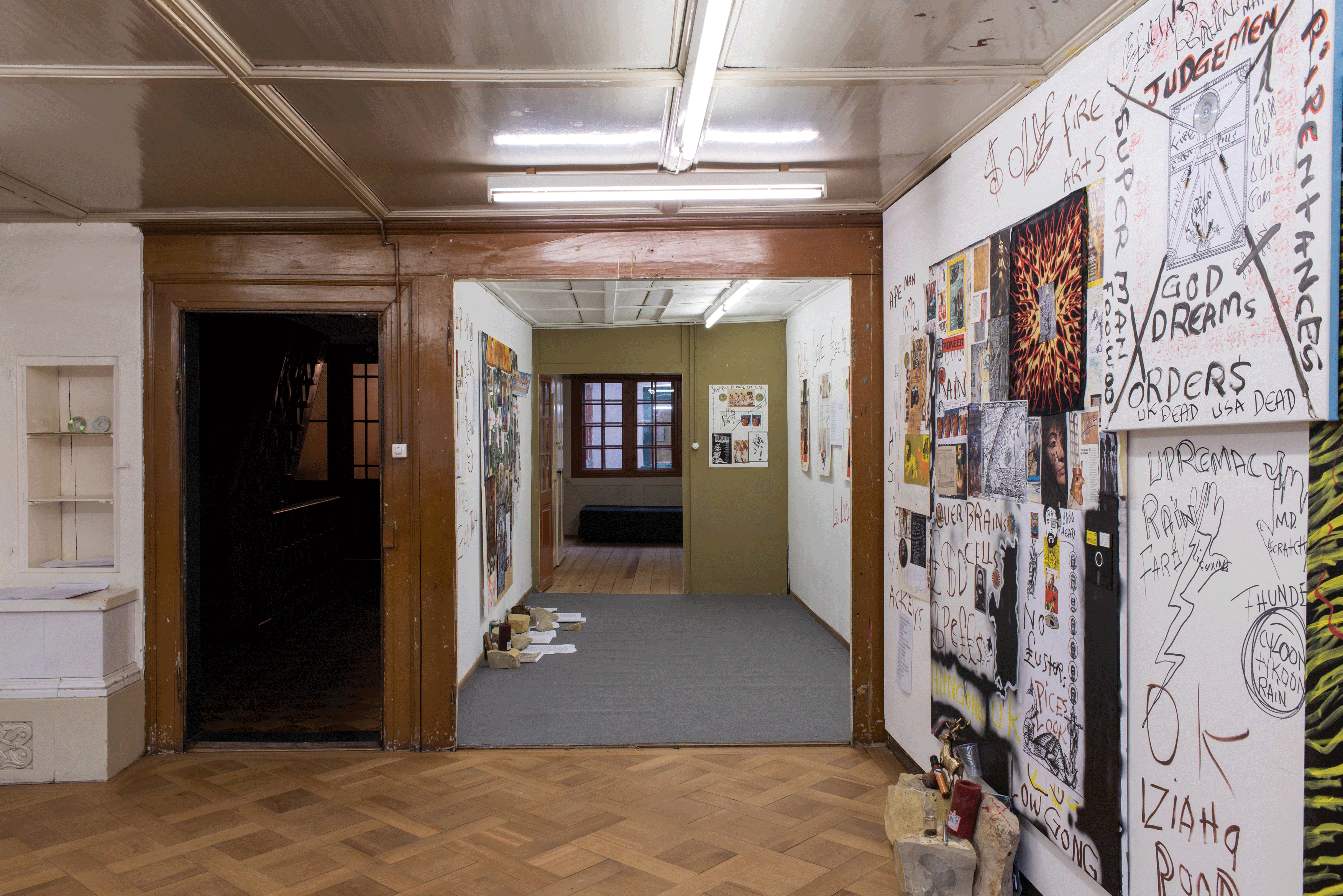 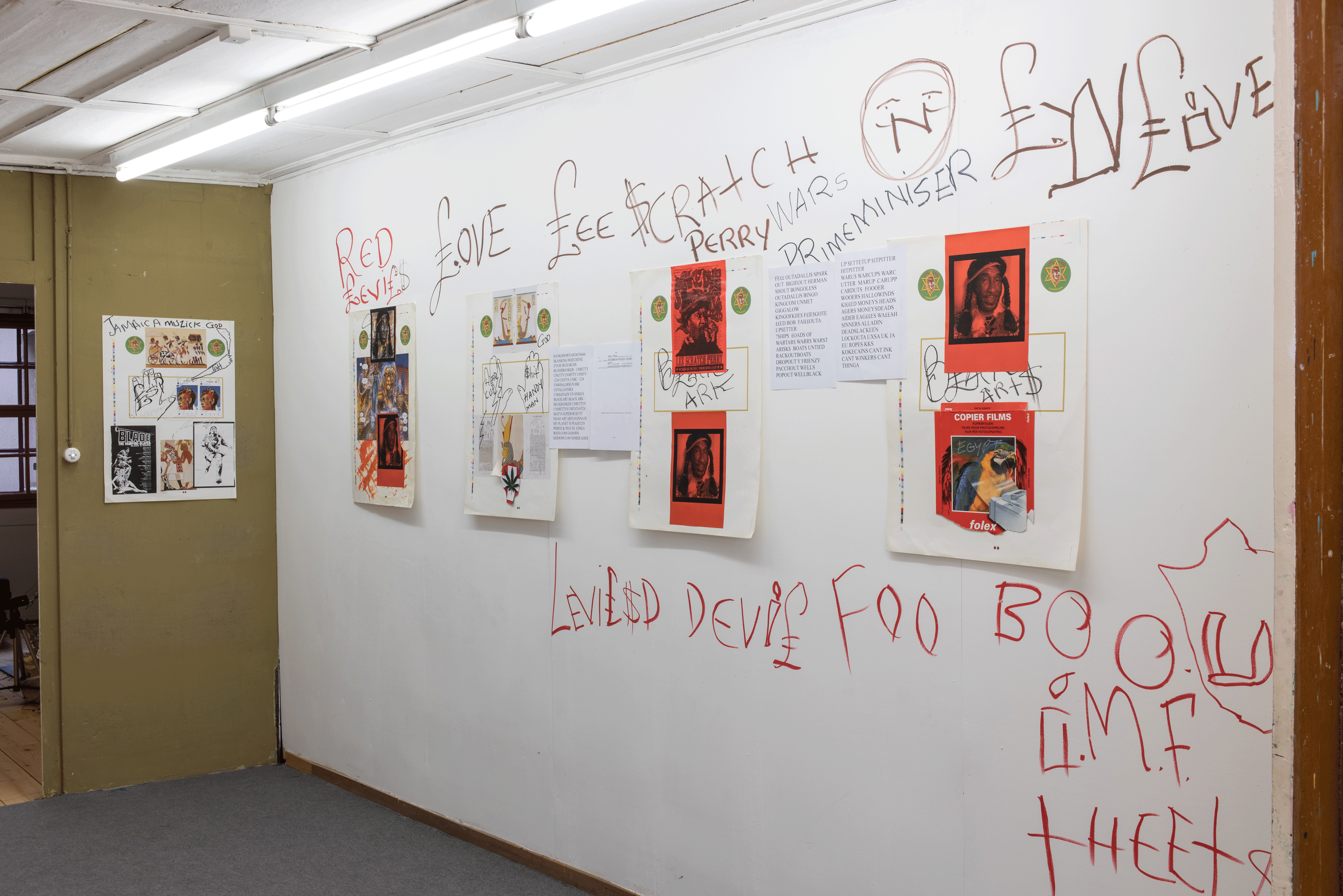 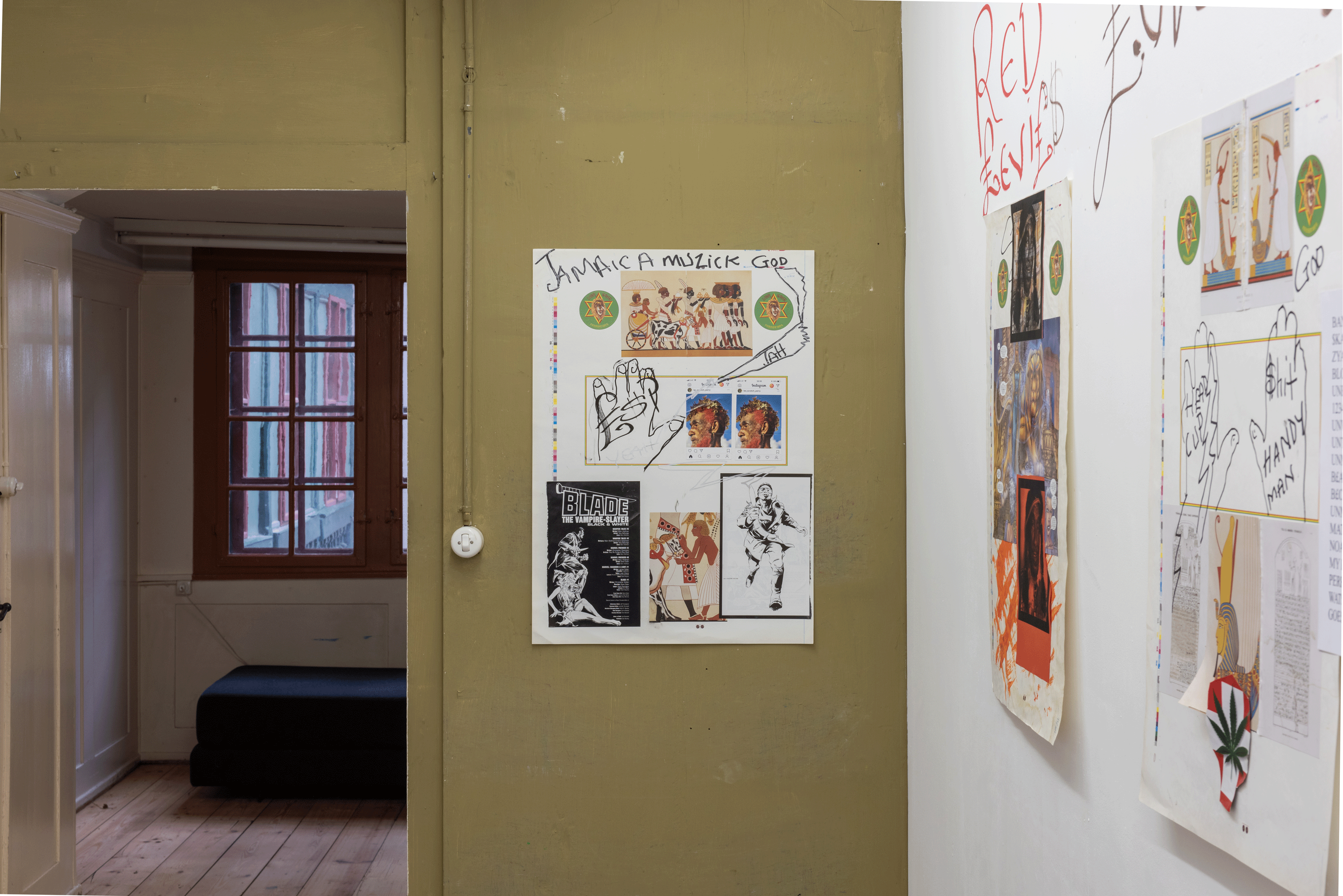 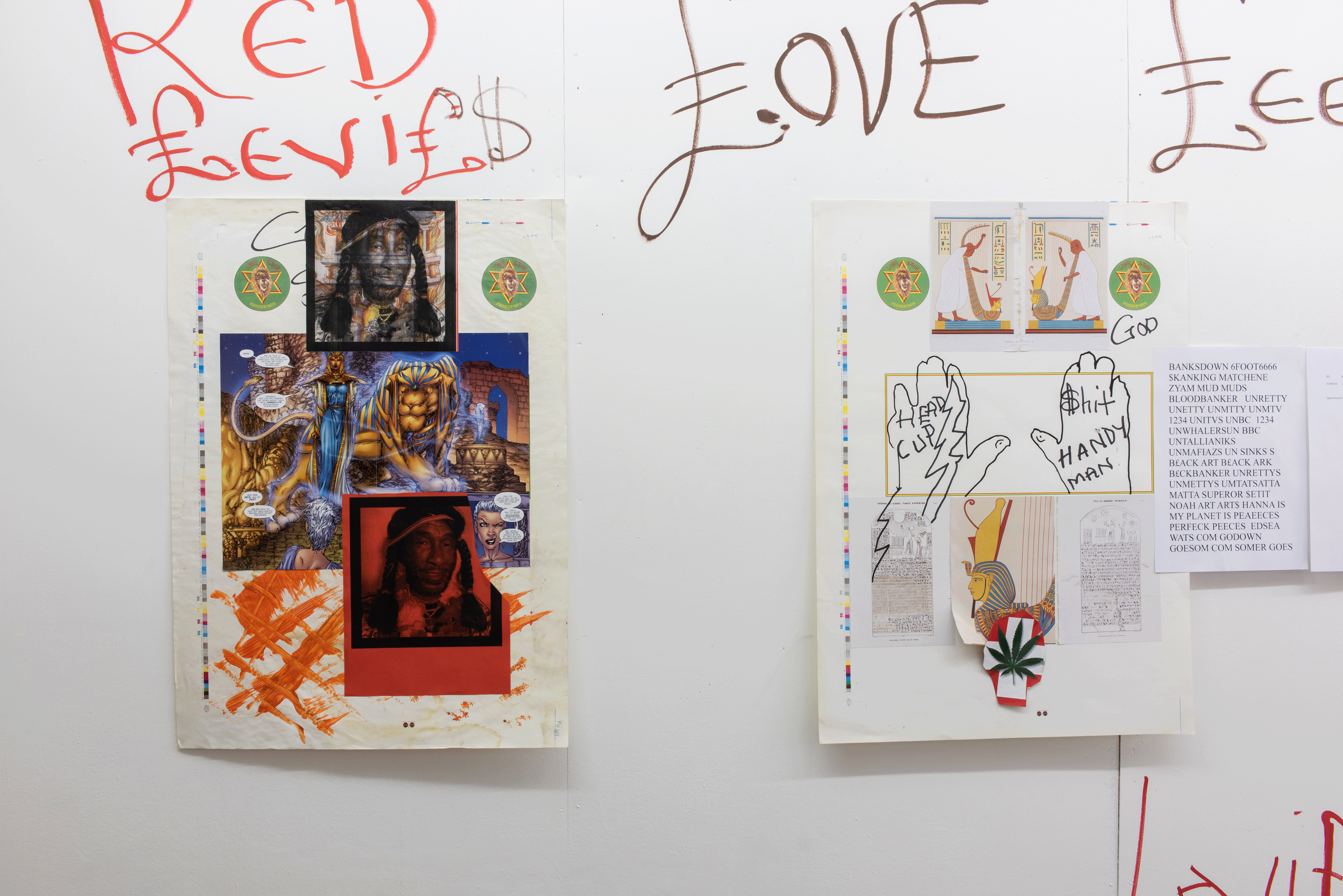 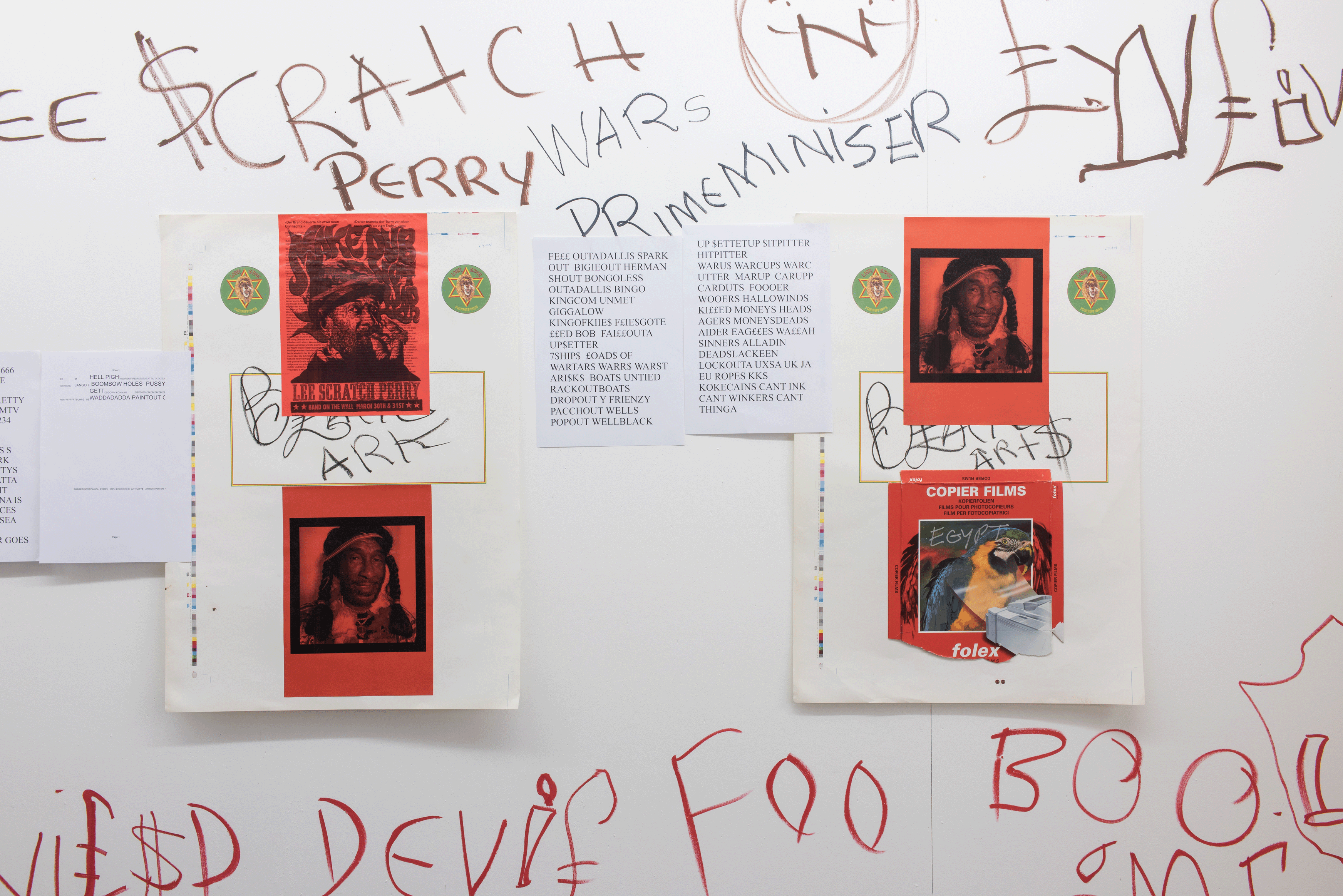 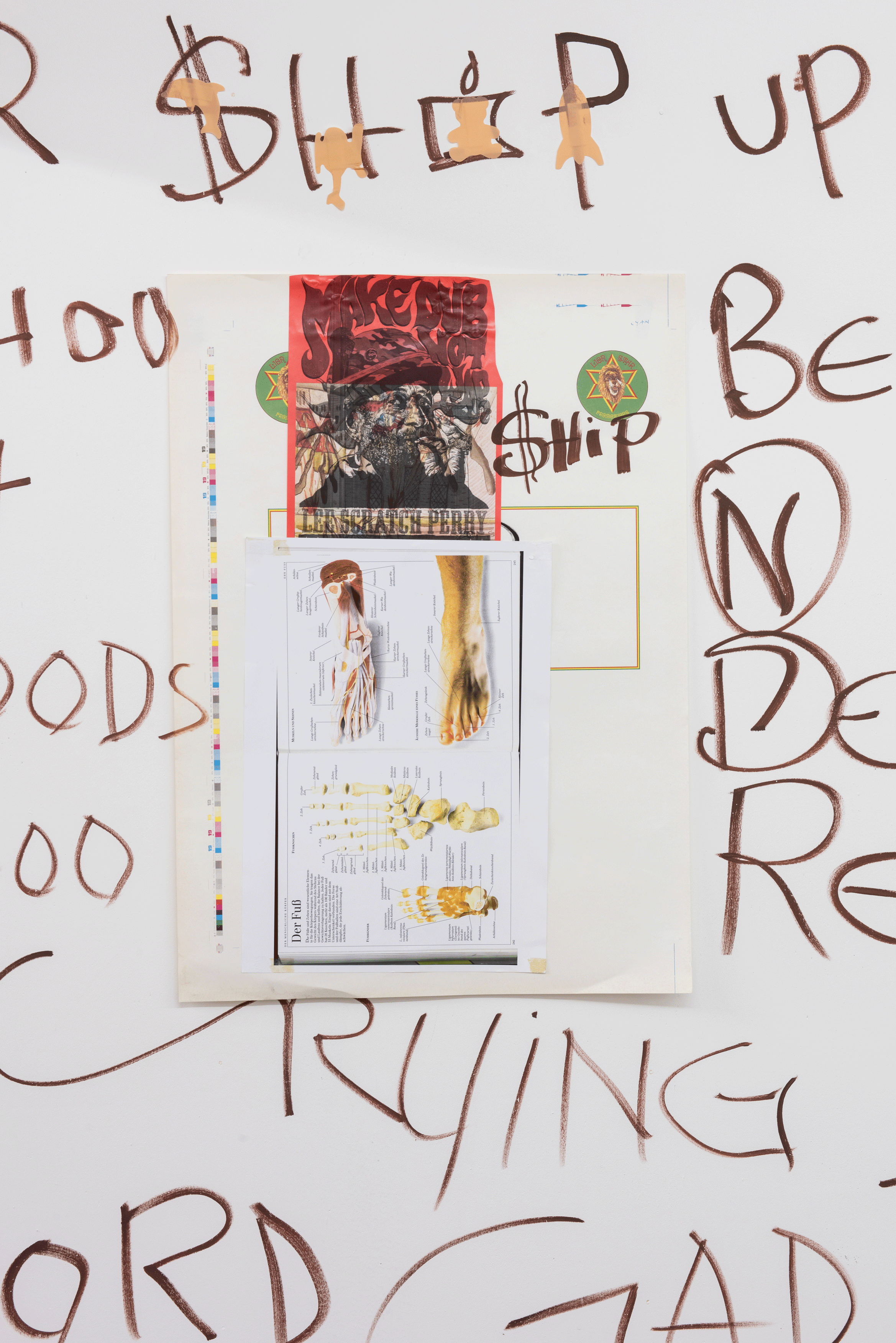 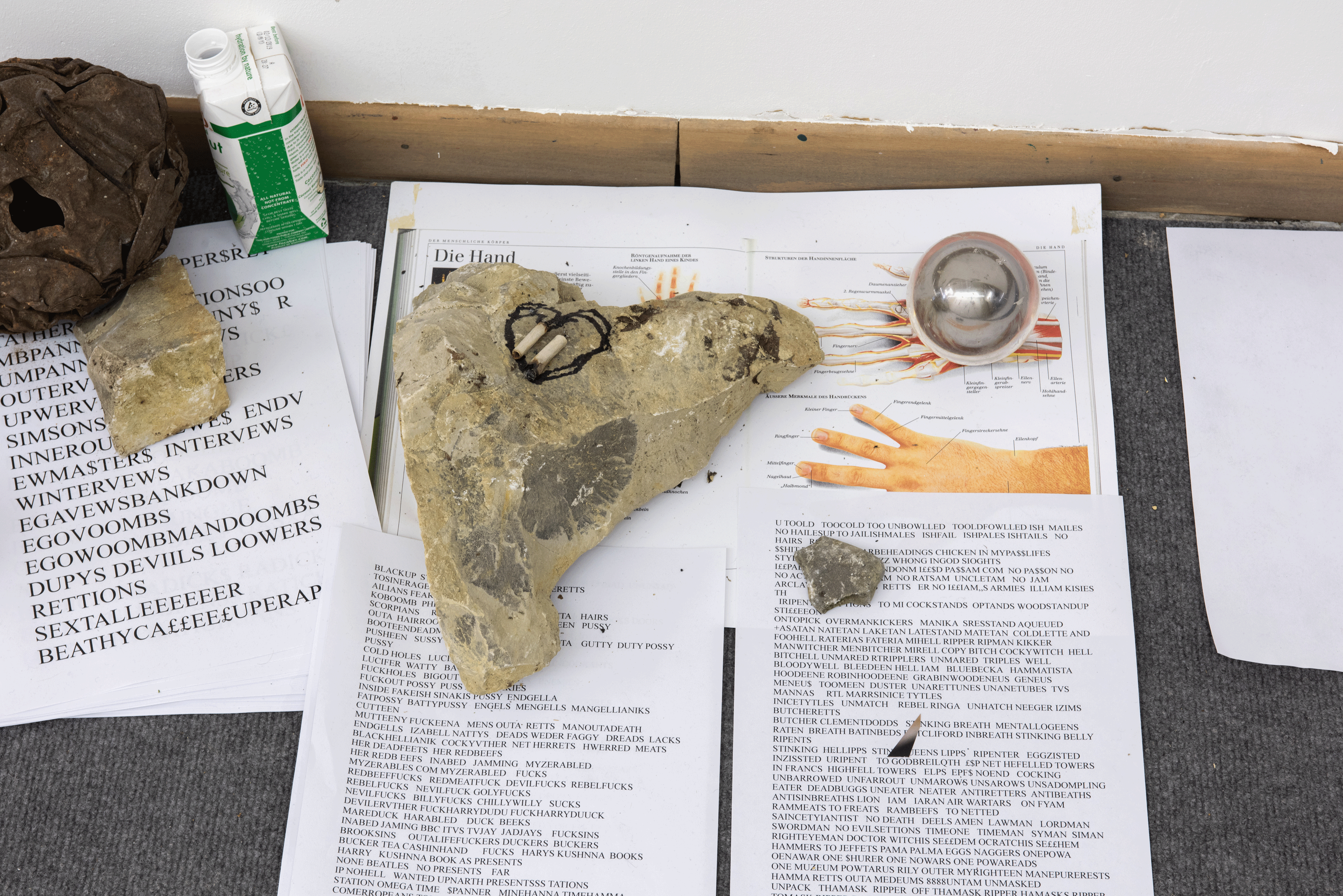 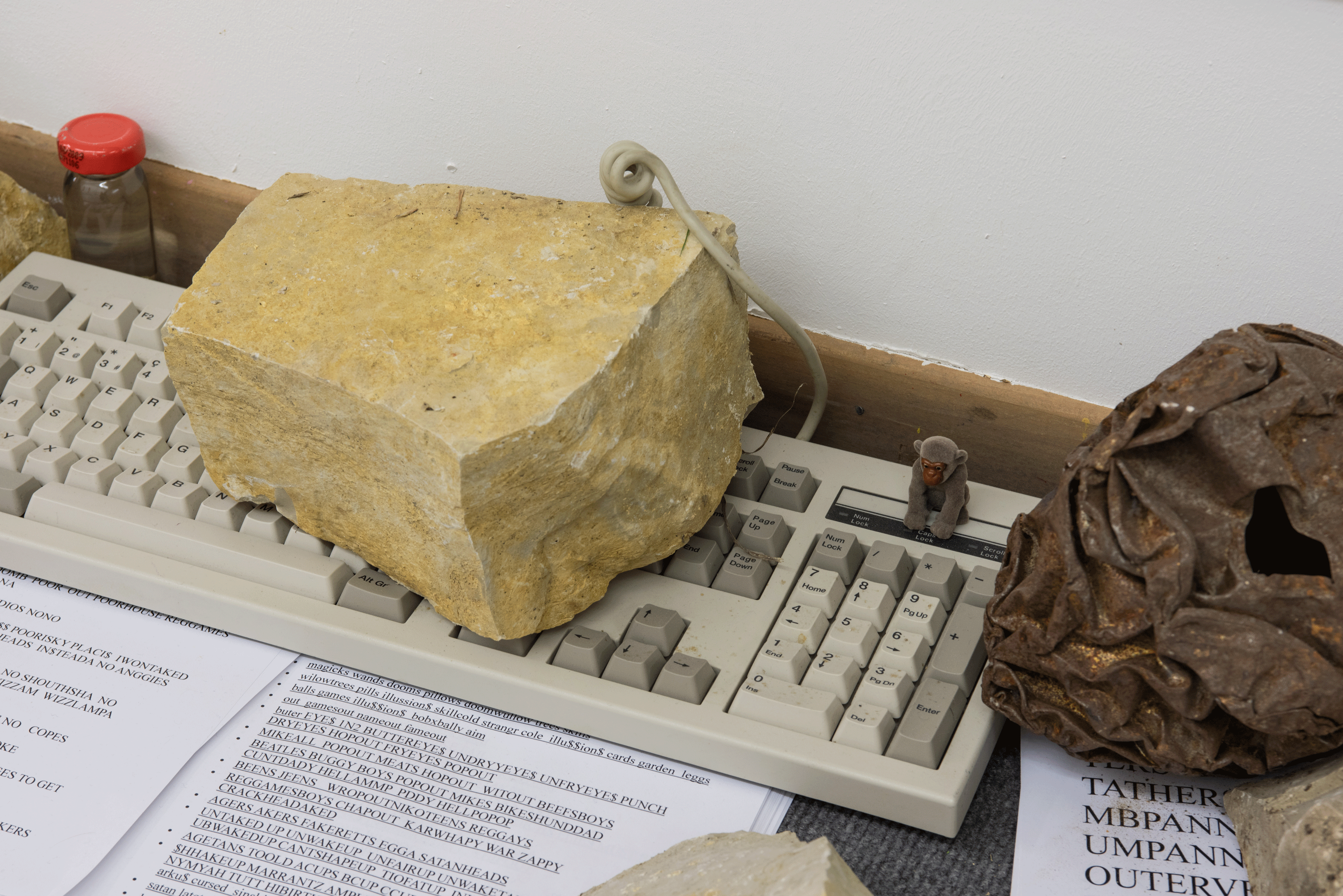 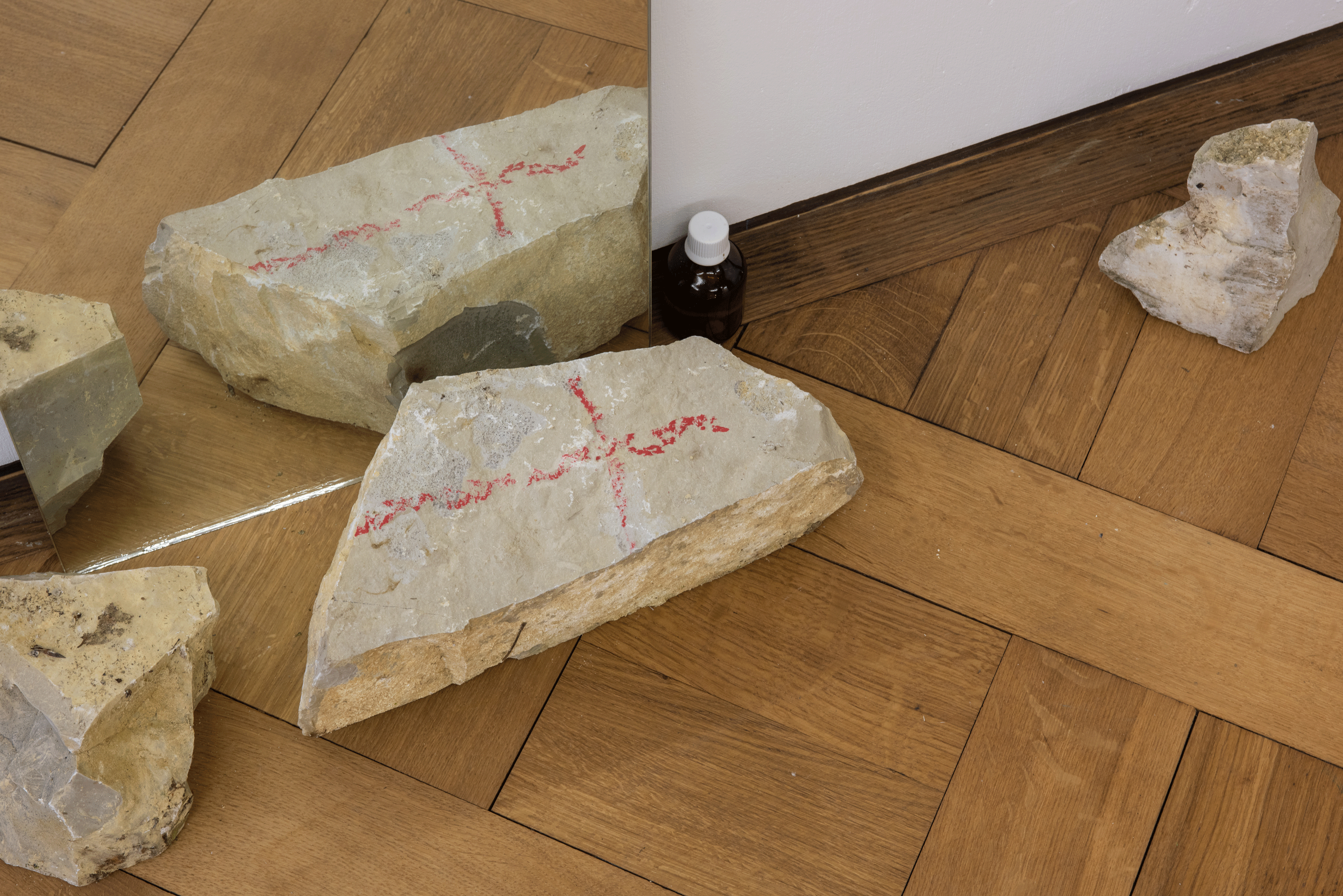 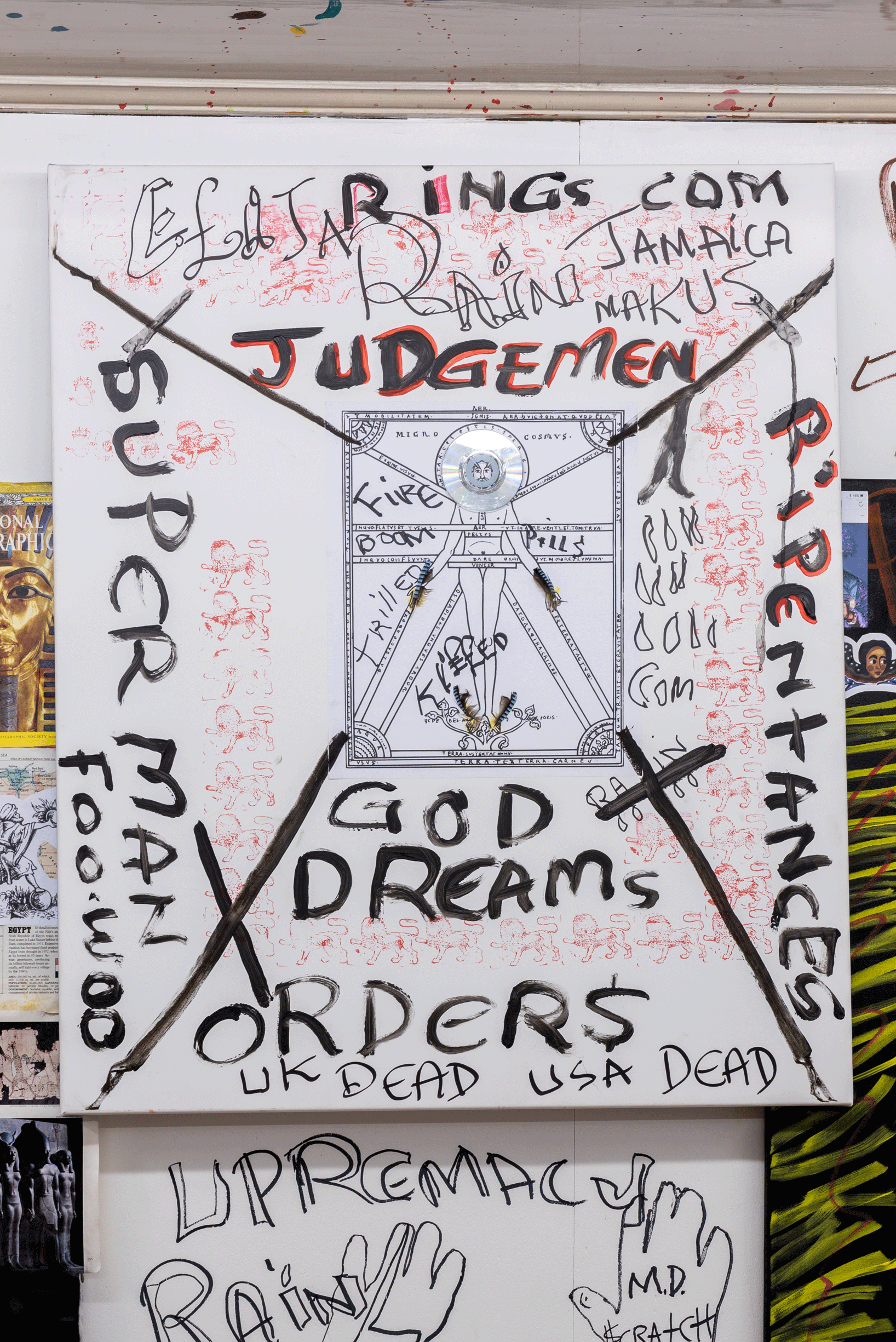 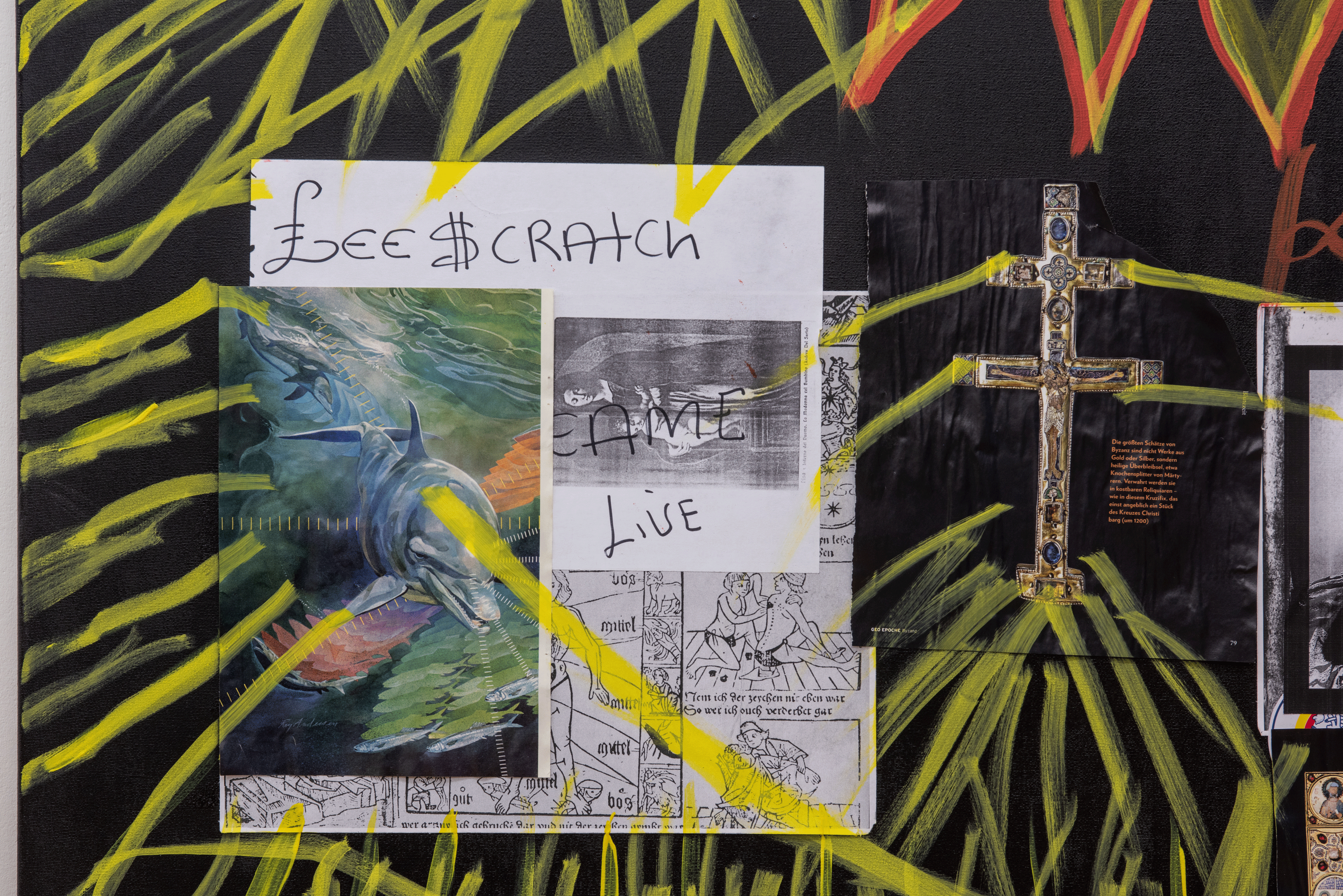 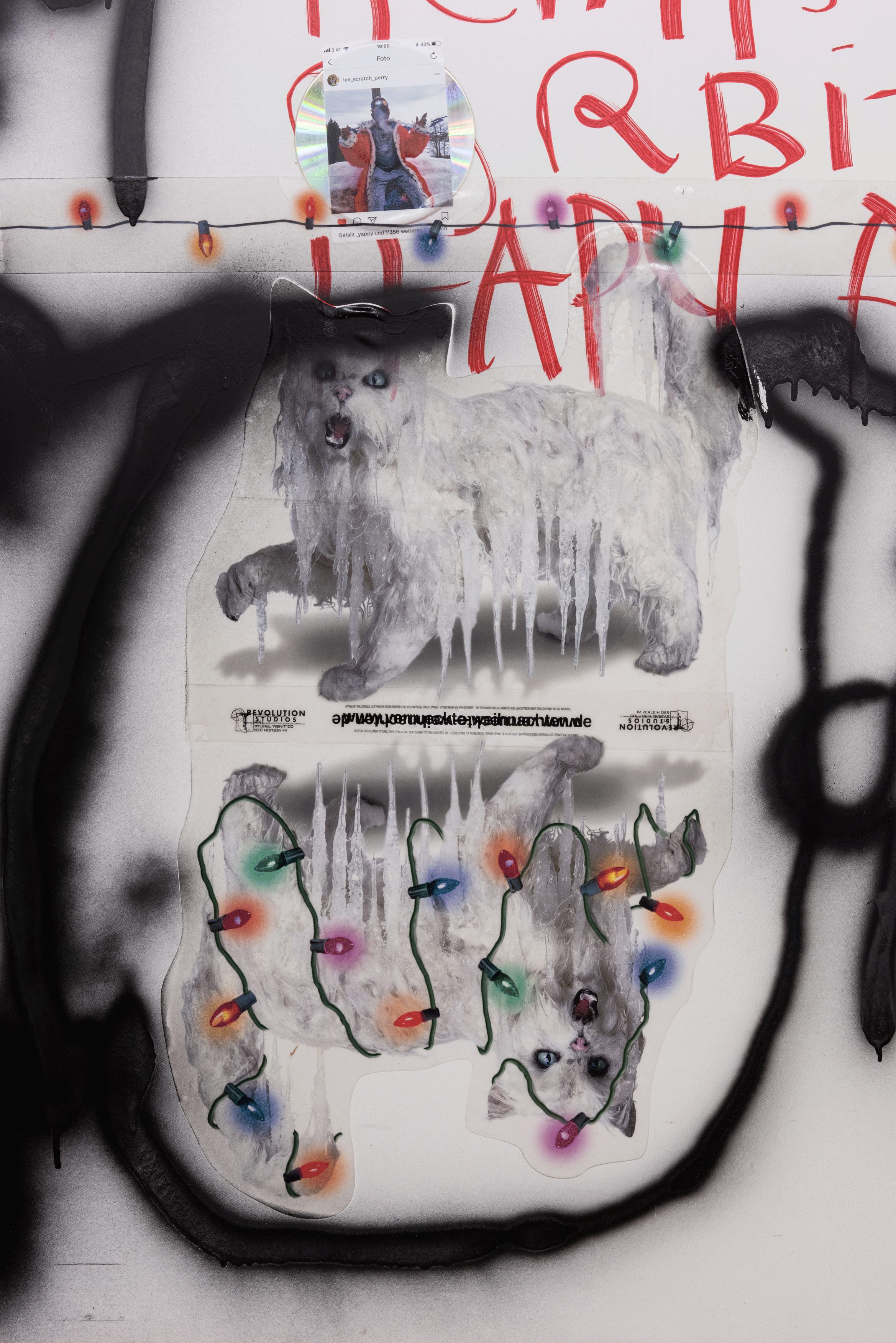 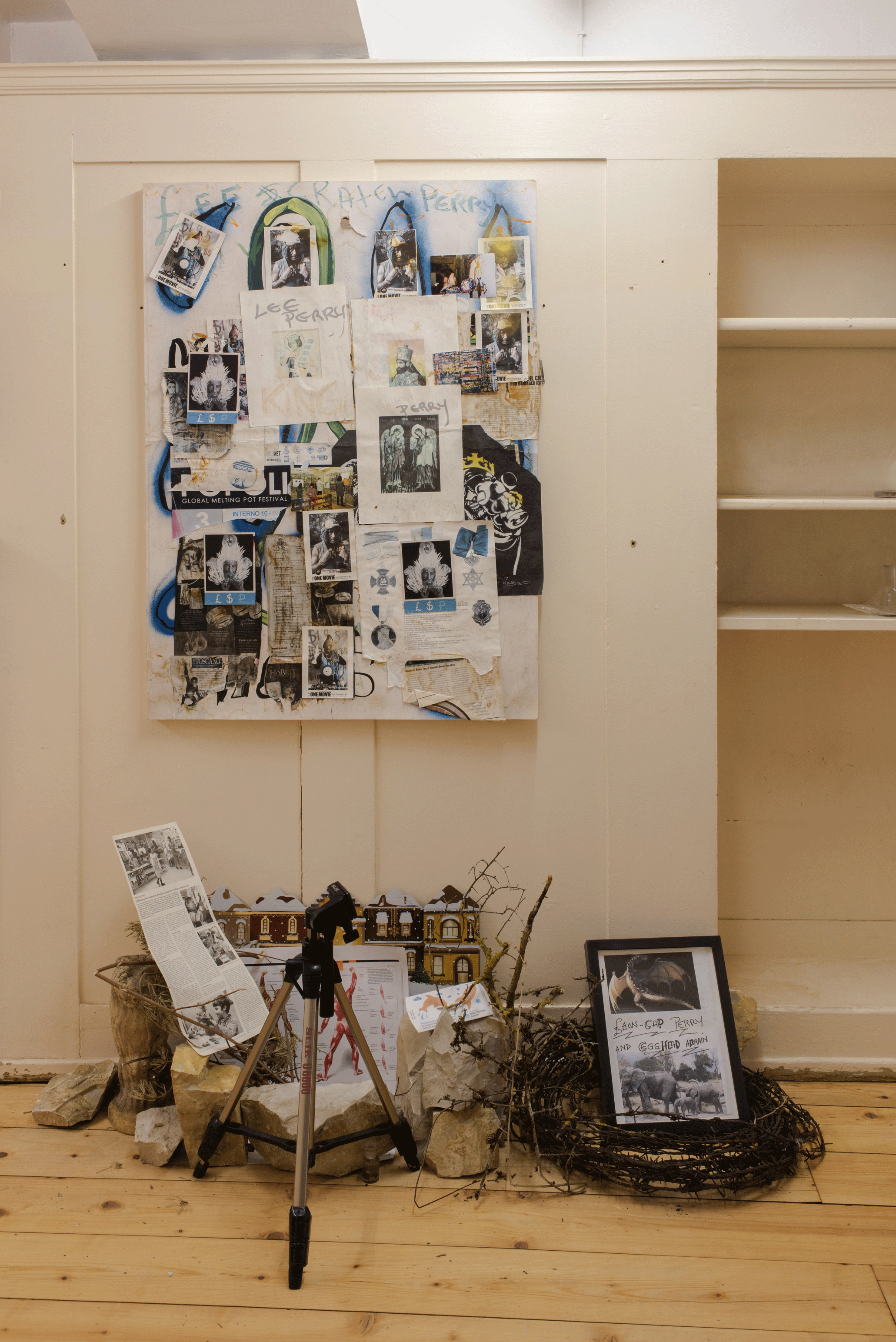 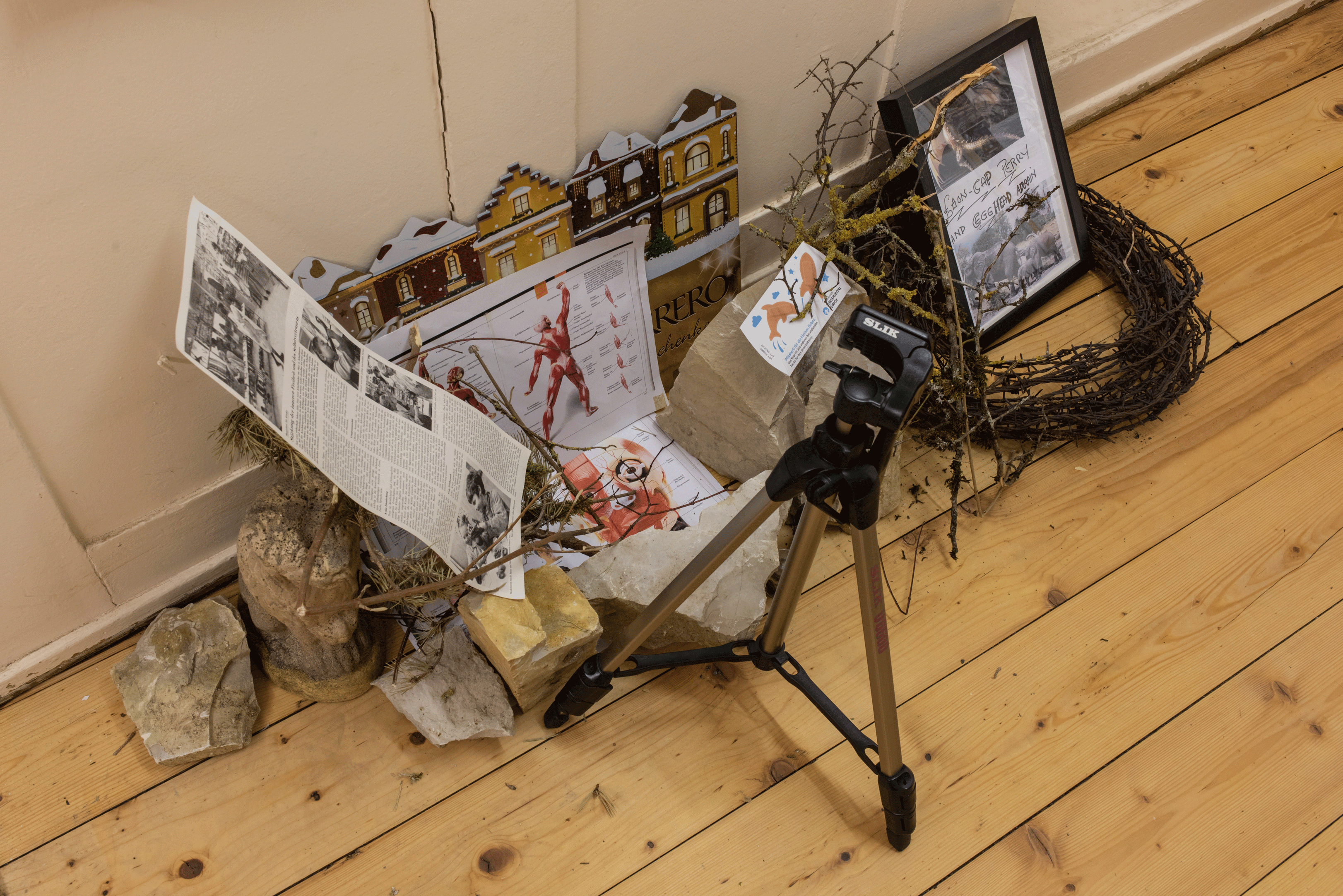 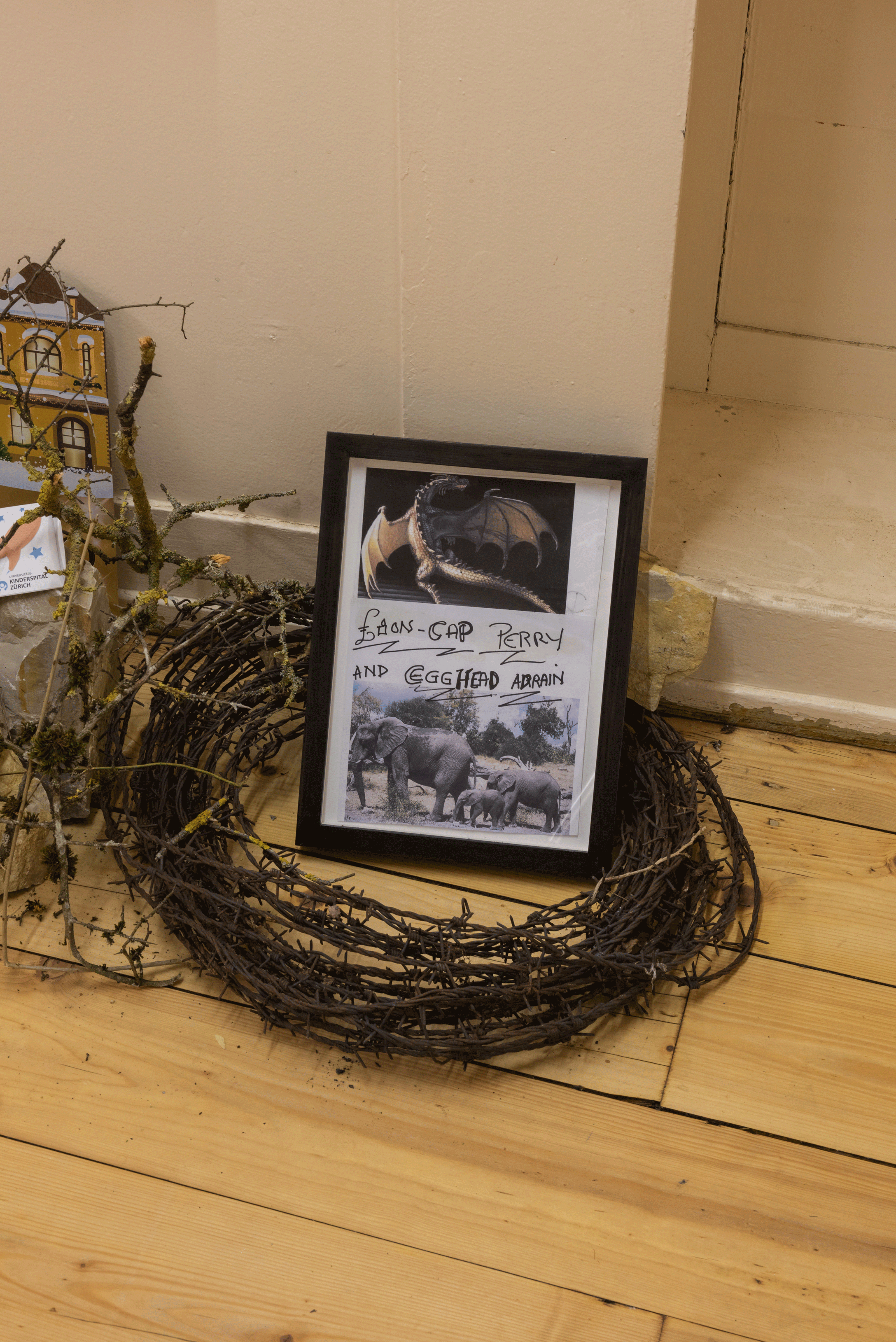 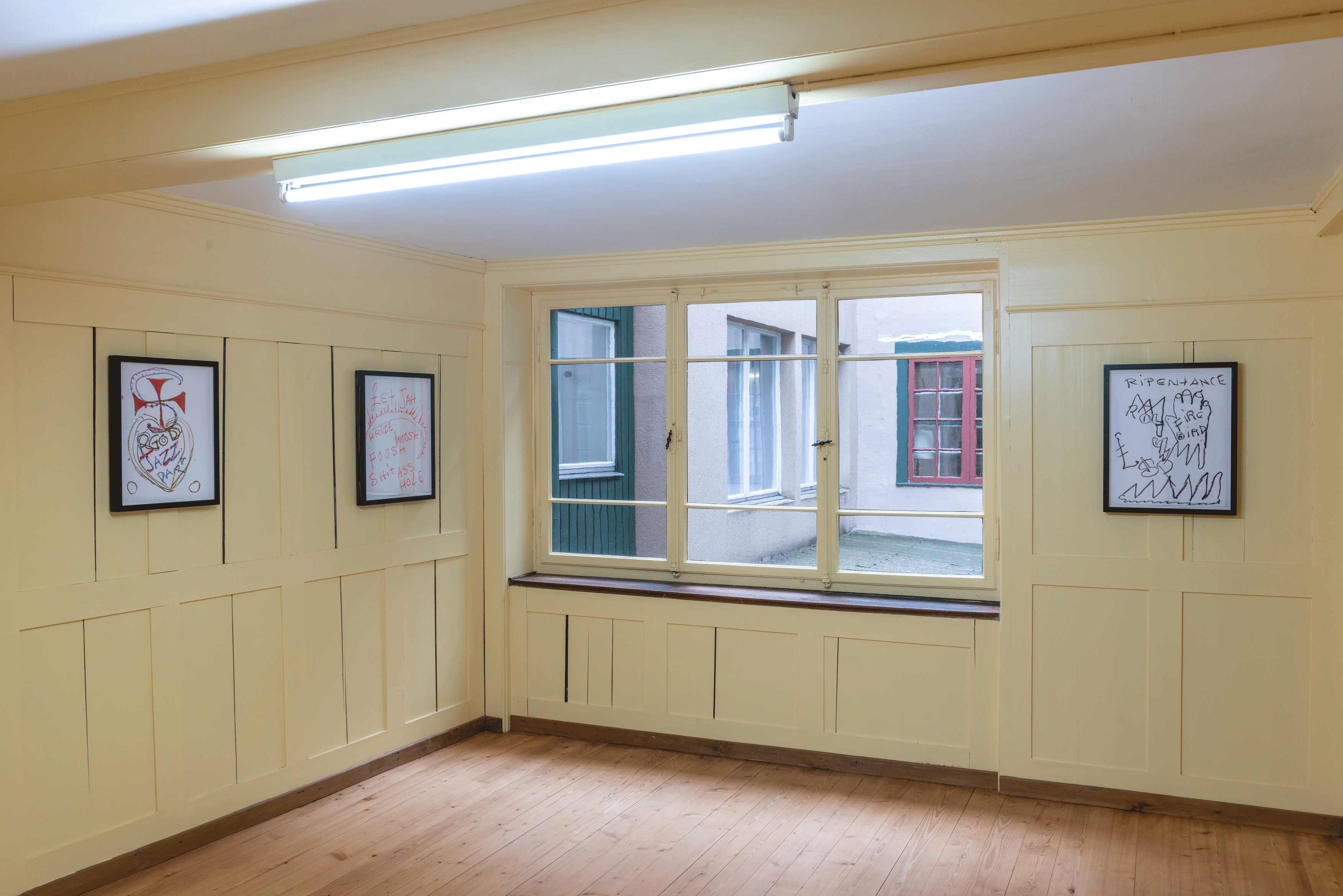 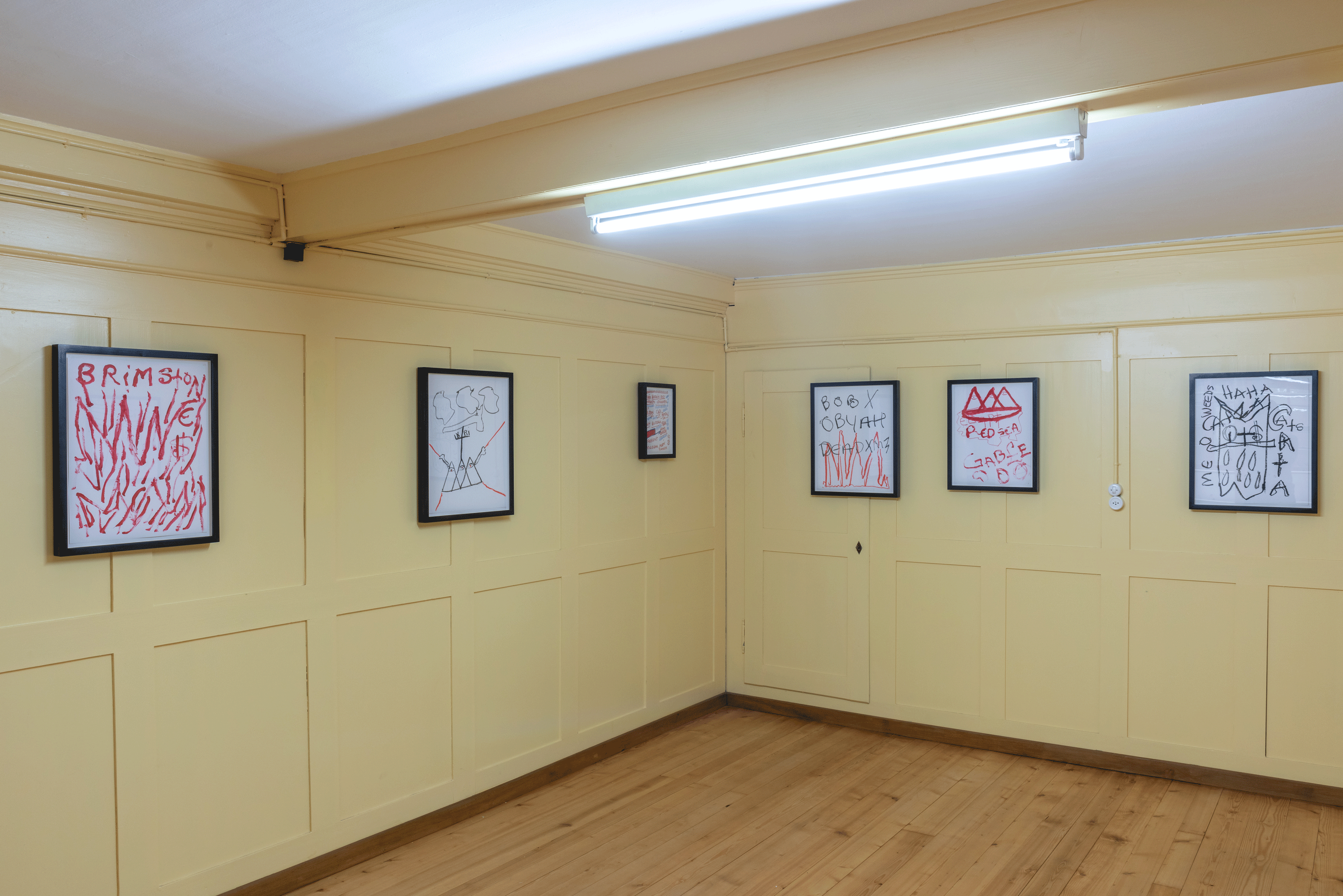 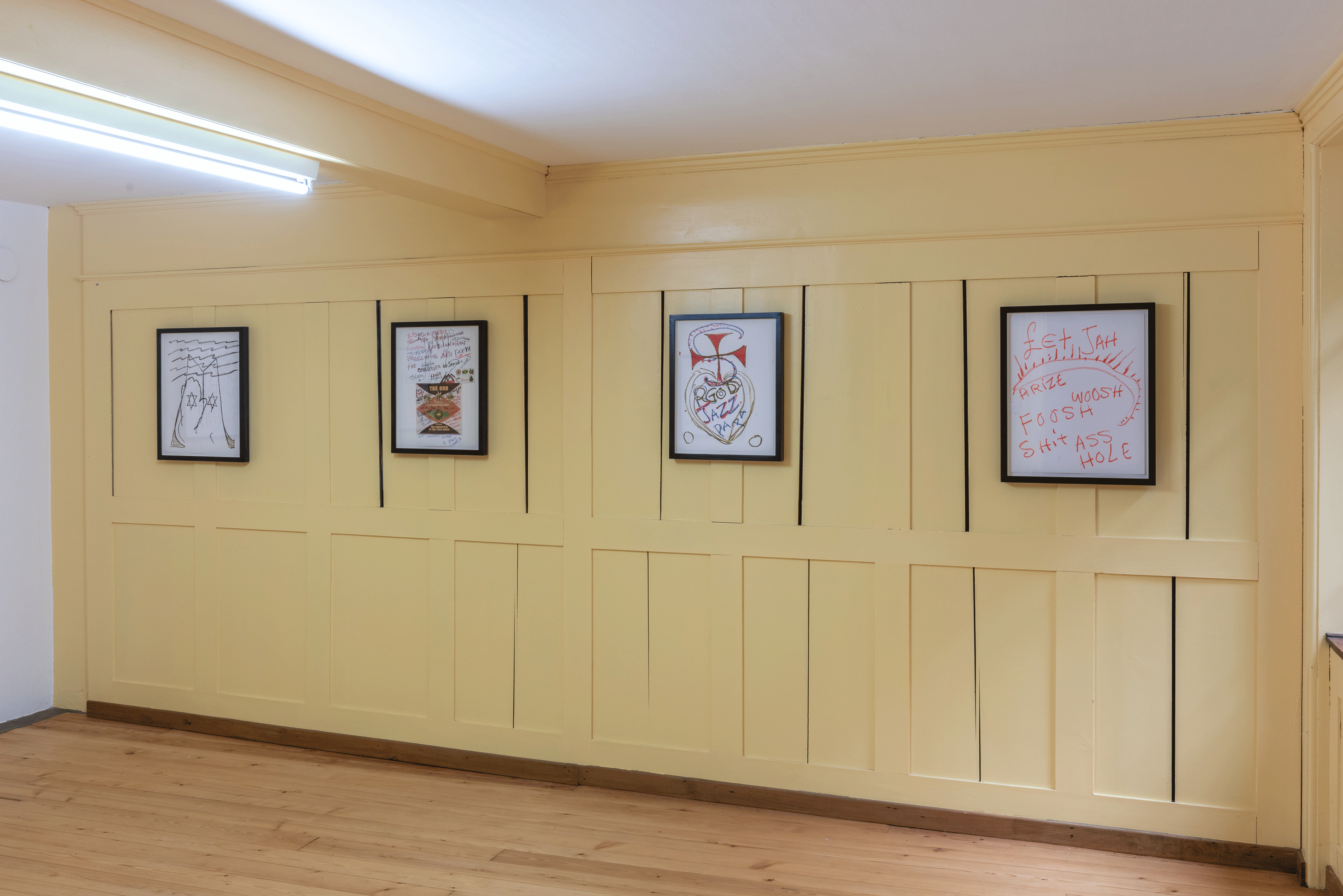 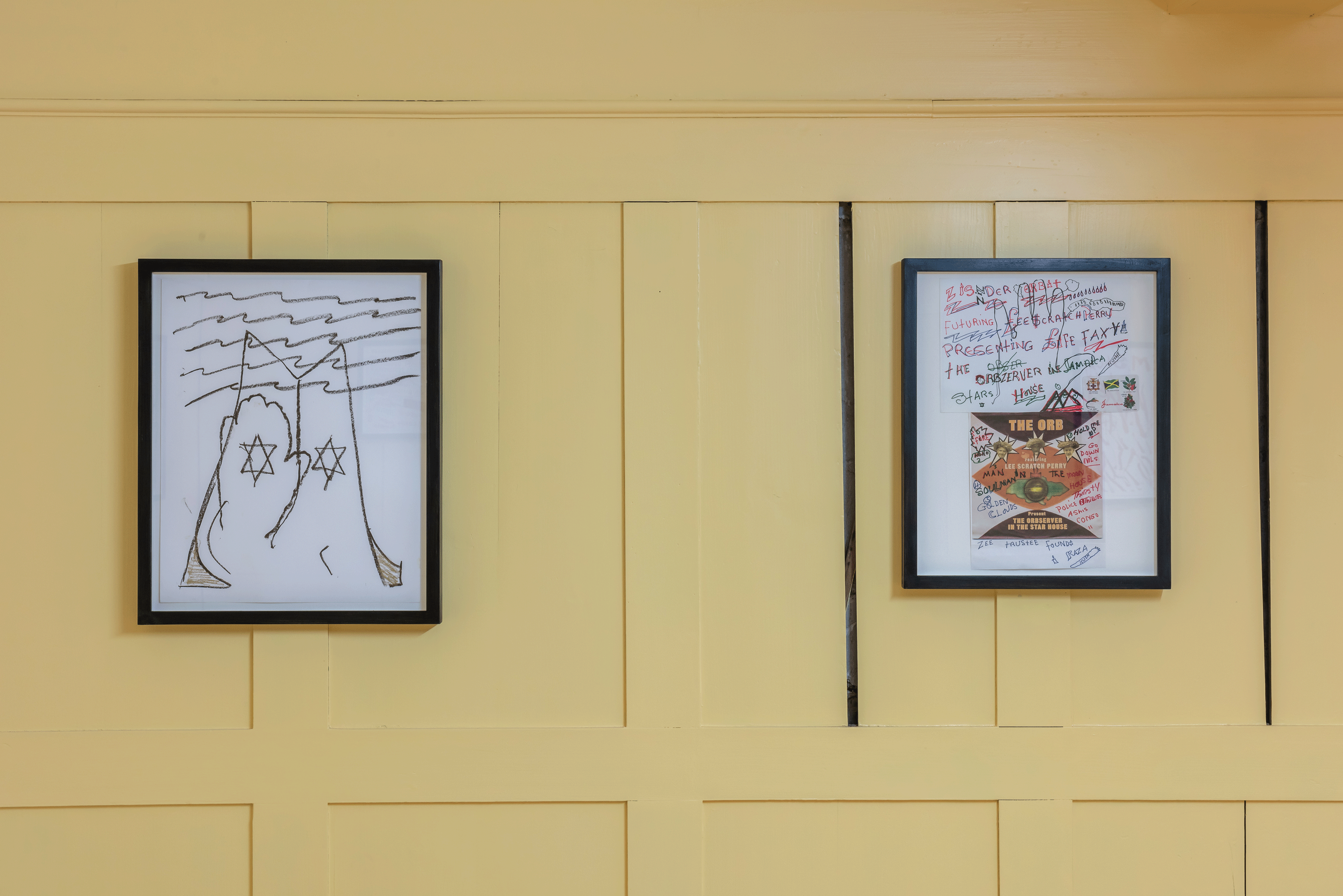 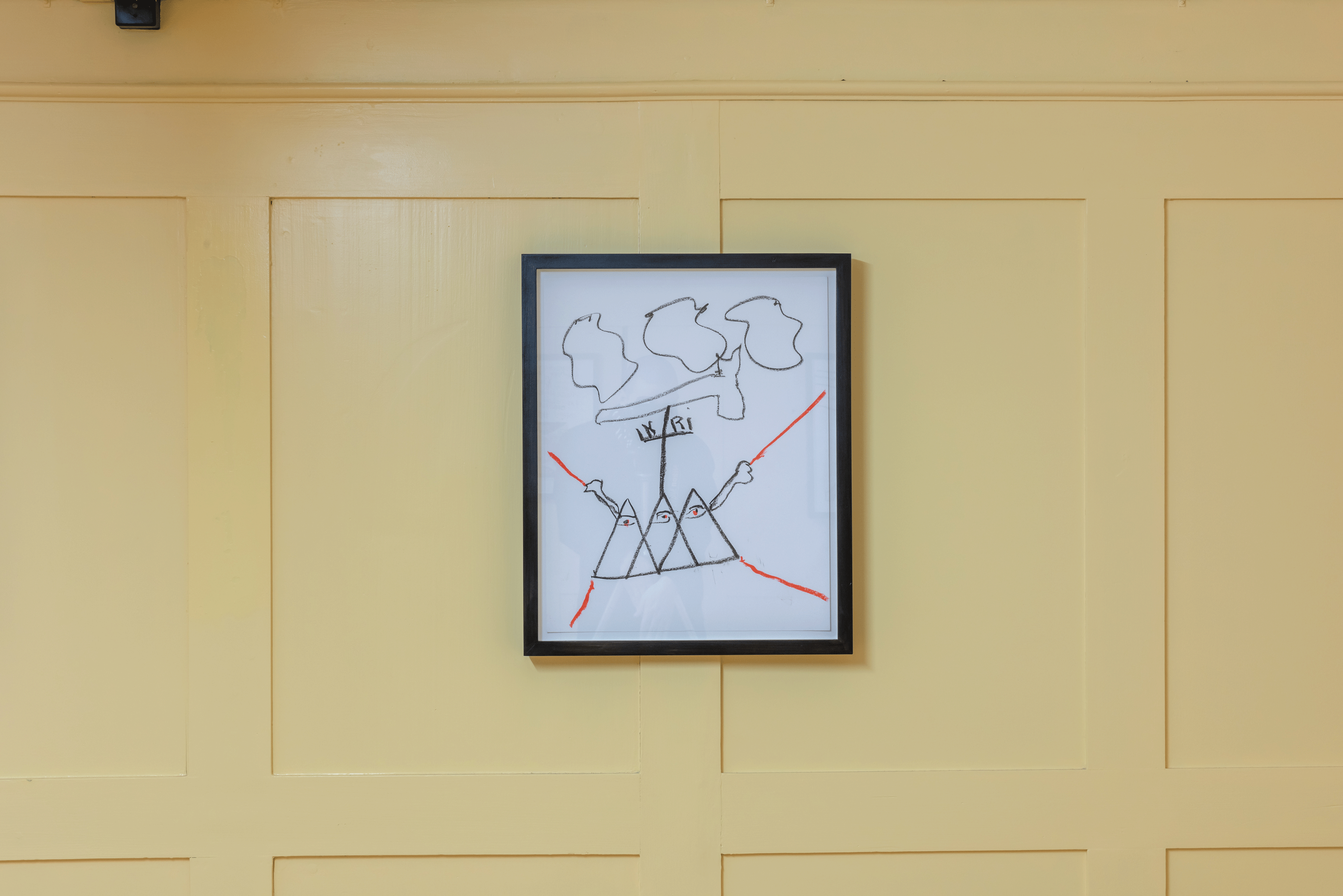 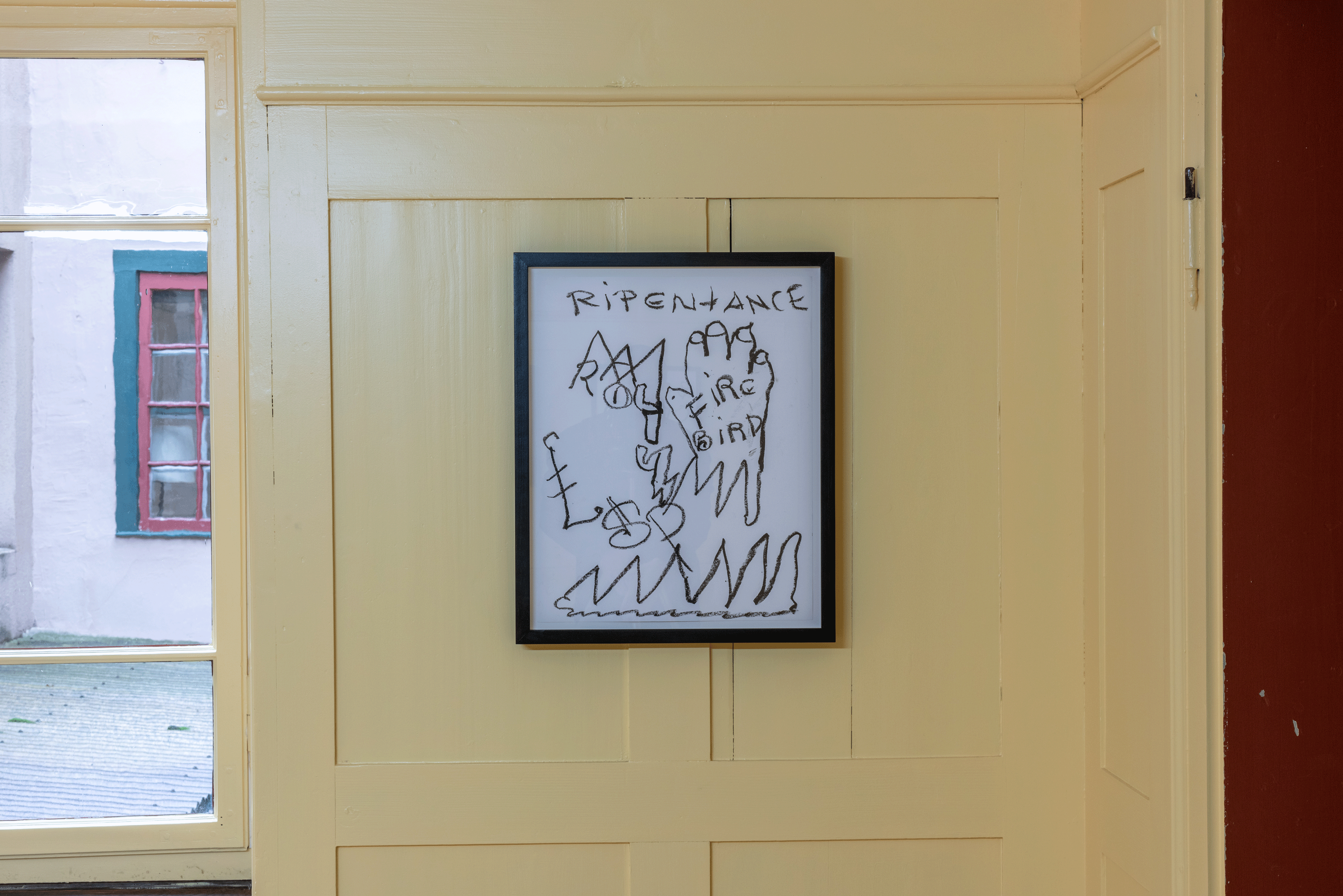